Random Thoughts from Inside a Bald-Headed Pastor: Trolling and Ranting 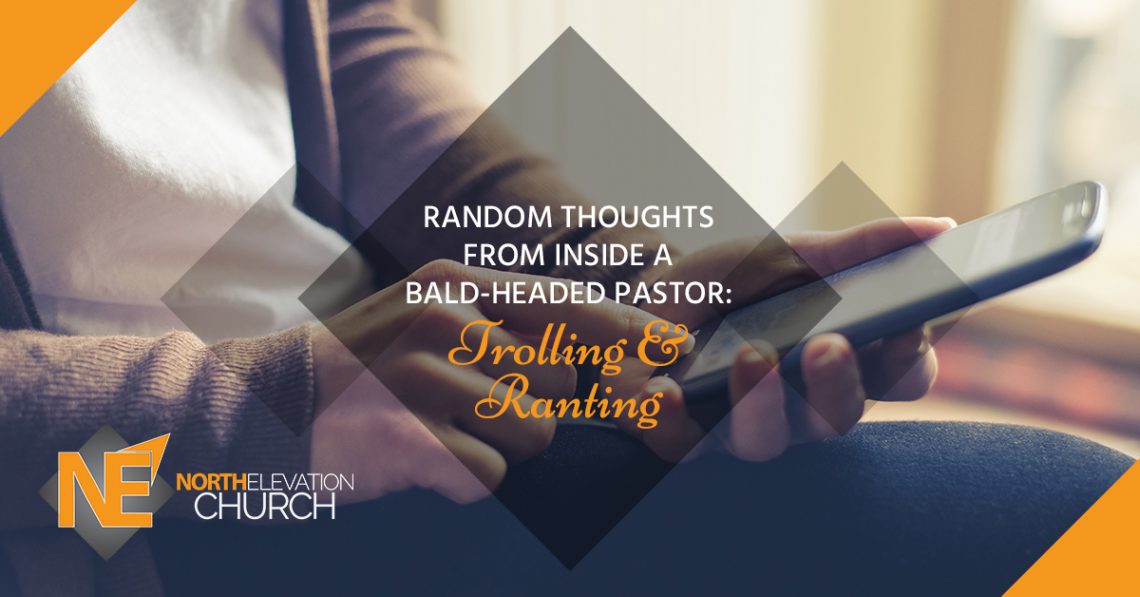 Now and then, a subject matter comes along that’s just so infuriating that you need to get it off your chest. Like the Dallas Cowboy’s terrible 2015 season, or the ongoing wait for a Final Fantasy XV release date. Seriously, just saying the year it’ll be released doesn’t give your fans any hope that this game isn’t going to be full of bugs when you finally release it -_-.

Ranting about these things might sound negative because they’re filled with emotionally charged logic and passion, but they’re typically harmless. Most of these blogs are labeled as rants either in the title or in the body of the blog itself, which means they less likely to get taken in the wrong spirit. In many cases, people will feel similarly or help put some context or balance to an issue raised.

HOWEVER, talking about religion normally gets people fired up, which it should, but unlike a sports team or a video game, the religious opinions of others tend to hit deeply.  It’s not my place to make you change the way you think, rather, just trolling over a scripture or ranting over a socially charged, yet pertinent subject makes this blog a worthwhile read, and gives you a better understanding into who I am.  And isn’t that what this blog is focused on?  ME.

So, Why Even Blog?

The subjects I write about are dictated by little more than my mood and what I’ve experienced recently in life and at Christian ministry. I do like to talk about video games, music, Anime, and videography stuff. Anime is somewhat niche, but videography has an even smaller audience.

But what I try to keep in mind is that this is a church blog, and anything I write about should at least at the very minimum, comeback to involve this wonderful amazing creator I serve.  He’s the one who gave His life for me, so I could enjoy this relative carefree life I live.  He’s the one who pushes me to become a better man, husband, father, pastor, and all around cool guy.  I hope you enjoy this church blog, and if you don’t, well it’s not my fault you don’t like fun. 😉